For a slightly more opinionated version of the video review above, here’s the male half of the Mac world team arguing (after four months with this device) about whether the Apple Watch is a great or a terrible product:

The Apple Watch is beautifully designed and engineered, with a great look and feel. It’s chunky, rounded body is faintly reminiscent of the original iPhone, yet simultaneously modern-looking and very satisfying to hold. The Apple Watch is also pleasingly comfortable on the wrist.

We’ve seen lots of fitness trackers over the years, and they’ve typically struck us as pretty formulaic: plasticity wristbands with little fashion appeal. One activity tracker brand tried to convince us that their activity tracker was designed to appeal to a fashion-conscious woman; they even thought that women would wear it around their neck like a necklace. But at the end of the day, it wasn’t jewellery. None of the fitness trackers on the market are.

It’s a similar story with smartwatches. Sure, over the past year they’ve become more and more popular with guys looking for the latest tech gadget, but they don’t appeal to everyone. One major issue is that most smartwatches are designed for men. They wouldn’t sit comfortably on a smaller wrist.

We love the look and feel of the Apple Watch. As we mentioned above, it looks a bit like a shrunk-down version of the original iPhone, and it’s reassuringly robust – after almost a year with the Watch, there no scratches on the body or screen, although the brighter of our two Sport Band straps is starting to look a bit grubby.

Apple doesn’t recommend dunking your Apple Watch first-gen in water. While the watch is rated as water-resistant to the IPX7 standard, which should mean it will survive in water up to a depth of 1 metre for up to 30 minutes, Apple describes it as “splash- and water-resistant but not waterproof”. So it’s ok to use it in the shower – as Apple’s CEO Tim Cook apparently does – but it’s not to be taken swimming.

Having said that, plenty of reckless reviewers have done exactly that, and we’ve yet to hear anyone complain that their watch was damaged by the experience. We don’t recommend taking the risk, and you obviously won’t have a leg to stand on with Apple if something does go wrong since they’ve been careful to only claim it’s water-resistant. But it appears that yes, the Apple Watch is waterproof.[/padding]

While we’re on the subject of straps, which one should you pick to go with your beautiful Apple Watch?

While doing our best to extend the watch’s battery life, we wanted to force-quit some apps and found the method of doing so deeply counterintuitive.

Returning to the screen, the resolution depends on the watch you choose. The resolution of the screen on the 38mm Apple Watch (which measures 1.32 inches diagonally) is 272×340 while the 42mm model offers 312×390 on a screen that measures 1.5 inches. Both models, therefore, offer a pixel density of 326 pixels per inch, or ppi.

In both cases, the Apple Watch screen is officially rated (or perhaps we should say branded) as Retina-quality, and our subjective experience with it has been great. It’s sharp and vividly colourful and we’ve yet to notice any pixellation.

The touchscreen aspects work terrifically too: it’s highly responsive, and we found we tend to fall back on old habits, swiping through screens whenever possible by using the touchscreen even if a scrolling option is available via the Digital Crown. It ought to be as easy to quit apps and glances as it is on the iPhone – but it isn’t. To quit an app you have to press and hold the side button, and then do the same again. Nobody is going to stumble on that by accident.

Apple’s design expertise is only a small part of what makes the Apple Watch stand out. Another factor in its favour is the user interface. The problem many current smartwatches have is that the UI is packed onto a tiny display and you need to manipulate those tiny visual elements using your fingers, which are inevitably bigger than the elements you’re trying to touch.

Below we examine Apple’s method for controlling the user interface, and the software you can expect to see on the Apple Watch.

One way to use the Watch is via the screen. You can scroll around the screen, tap on items to select them or press harder to get more options – akin to using right click on a mouse. Various gestures bring up other elements of the operating system. For example, Glances are accessed by swiping up on the watch face.

There’s also Apple’s Force Touch technology that determines how hard you are pressing the Watch and will act accordingly. There is a difference between a hard press and a simple tap. (We discuss Force Touch in more detail below.)

One possible weakness of the Apple Watch – depending on how demanding your standards are when it comes to wearable tech – could be its all-around speed. Numerous reviewers have found the interface sluggish in use and noticed a delay before certain actions.[/padding]

Update 8 September 2016: It should be noted that the below section is based on the original watch and not the Series 1 or 2 which feature a 50 percent faster processor.

As with many aspects of this product, experiences have varied among the team, and it’s likely that day-to-day performance is influenced by factors such as apps and Glances currently running. It’s rare to find an app that’s near-instantaneous to respond, as they’ll open quickly but will often hang, leaving us staring at a black loading screen; and syncing processes with the iPhone, over a Bluetooth connection, can be sluggish.

We’ve also found, as have many users, that third-party apps can sometimes be slow to start up. watch OS 2 looked to speed up third-party apps by allowing them to run natively on the Apple watch, but as we mention in our watch OS 2 section of the review below, we still find apps pretty sluggish and we often give up and end up using our iPhone apps instead.

Apple’s solution to the navigation problem is to use something that has always been a feature of watches in a new way.

The dial on the side of the watch – its proper name is the crown – has been brought into the 21st century and turned into what Apple calls the Digital Crown. This Digital Crown solves the problem of swiping through icons on a minuscule display.

Apple claims that on a typical day, with typical usage, you should get 18 hours of battery life from the Apple Watch. In other words, you ought to be able to get through a whole day, but that will be about it: expect to charge it every night. (Which, incidentally, rules out being able to sleep with the watch on – which is likely to be a disappointment to developers of sleep-related apps.)

In fact, your use may vary. Apple’s ‘typical day’ included a half-hour workout, but if you exercise more than that you may use up the battery quicker – in Apple’s tests, the battery lasted 6.5 hours during a workout (so you should at least be able to run that marathon without running out of battery). If you use the Apple Watch to play music you will also find that to be a bit of a battery hog. Apple got 6.5 hours of audio playback out of the test device before it ran out of power.

Pricing varies depending on the watch and strap you choose. For more information about Watch prices, read our Apple Watch buying advice.

The Apple Watch isn’t the first ever smartwatch, and it doesn’t really do anything rival products don’t do. But what it does do, it does as well as any smartwatch out there, thanks to Apple’s user interface expertise. It’s a slick device to use, although you should be warned that it isn’t completely intuitive, particularly at first. With use it will become more familiar and user-friendly.

How Can I check my kids pc without them knowing 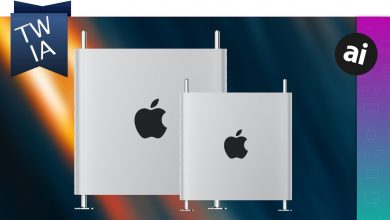 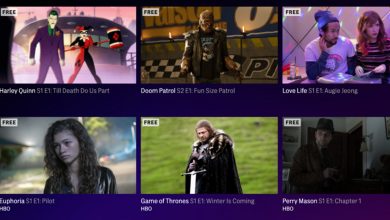 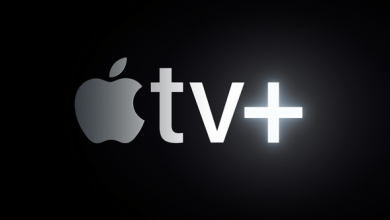