With an estimated 45 million iPads sold a year, the iPad has become a commonplace device for personal and business use. At the same time, restaurant POS systems are becoming more technologically advanced, automating and streamlining processes and providing financial visibility like never before.

As a result, we have seen a transition from the legacy POS system to a cloud-based POS system, and a shift from bulky cash registers to the sleek, portable, and universal iPad as the POS device of choice for many food service providers. In this article, we’ll explain the reasons for this shift, why we predict that this trend will only continue, and the many benefits of using an iPad POS system.

An iPad costs significantly less than a traditional register. An on-premise POS has been known to reach over $5,000 per terminal. Conversely, with an iPad POS system, a restaurant or retailer can get underway for a modest investment of around $1,000 without compromising on functionality. In fact, iPads offer greater versatility and functionality than traditional POS machines, offering more in-depth data processing features and greater compatibility with other software applications.

It is widely regarded in the restaurant industry that the customer is king. By tapping into iPad technology, a restaurant owner can access ways of improving the customer experience by achieving the following:

With the help of the best iPad POS systems, orders can be taken more efficiently, reducing wait time overall. Your staff can take the iPad POS with them to the the customer’s table, key in orders directly, and even accept payments without the need for long queues at the counter.

iPad POS systems have been known to improve the customer experience by reducing order errors as the customer has the option to self-order on an iPad. Misinterpreted orders due to poor handwriting are also significantly minimised.

Customers can easily sign up for a restaurant’s email list or redeem their loyalty points in a simple, effective and integrated way with an iPad POS, which is great for marketing and customer retention.

There is a commonly circulating misconception that cloud-based POS systems are not as secure as traditional point of sale machines. However, Apple iOS devices are more likely to prevent data theft due to various user-controlled security measures, such as passcodes and end-to-end data encryption. Cloud-based iPad POS technology also enables regular backups, meaning that data is always secure, even if your device gets damaged or lost.

Restaurants can reduce serving time while also enhancing accuracy with the use of an iPad POS. Orders can be made with the press of a button, and customers can even easily and effectively self-order. The order can then be immediately transferred to the kitchen and appear on a screen for processing. This saves waiters running to and fro between tables and reduces errors in communication.

While traditional POS systems usually require a technician for software and hardware updates, an iPad POS system can update software with a simple click, much like you would update an app on your phone. By contacting the Apple Store, hardware can also be easily updated or fixed without relying on a costly specialist.

While they’ve been around for decades, there’s very little that is particularly easy or intuitive about using an electronic cash register or on-premise POS systems. On the other hand, an iPad POS system features a modern user interface, familiar touchscreen hardware, and can easily connect with other hardware to easily take credit card payments. As most people have already had experience in using an iPad device and app technologies, iPad POS systems have been widely known to speed up the training and familiarisation process, especially for younger employees.

More and more customers are opting for electronic receipts, seeing them both as more convenient and less wasteful. With an iPad POS system, it’s possible to eliminate paper entirely by emailing receipts to customers. The entire ordering process can also be coordinated electronically, reducing the need to take down anything on paper.

While a legacy POS system can be bulky and space-consuming, an iPad POS requires little space. With the dimensions of the latest iPad being 25.06cm x 17.41cm x 0.75cm, it’s a device that can stand almost anywhere, is great for small eateries and pop-up stores, and is lightweight, so it can be easily picked up and portably moved around.

What's the Secret to Baccarat?

What Is Master Data Management?

How to Use Reverse Lookup 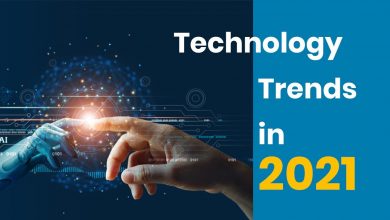